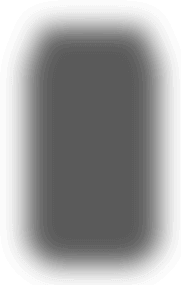 The Danes have a long tradition of exporting their best produce - there is a joke in Denmark that the rest of the world get’s Denmark’s best produce and the Danes get what’s left over!

This tradition of sharing has long been running through the Carlsberg business and in 1869 J.C. Jacobsen decided to continue the trend and share his Pilsner creation with the rest of the world.

It was brewed at a higher strength to keep the bacteria at bay whilst it shipped and to ensure that it met the minimum ABV requirements when it landed. That’s where the term ‘Export strength’ comes from.

J.C. Jacobsen initially exported the beer at no cost as he was worried that it would spoil on the journey and continued not to charge until he was sure that it would arrive in perfect condition.

When Carlsberg Export first arrived in the UK, it was only the select few that got to drink it as it was shipped in small quantities and the import duties made it an exclusive product, but in 1974 this all changed when Carlsberg opened the first UK brewery and Carlsberg Export beer became a beer for everyone.

Carlsberg Export is a premium-strength lager, with a refined and satisfying taste. Brewed to the original Danish recipe, it has deep malty notes and a distinct bitterness that generate a full-flavoured lager that is stronger in taste and mouth-feel than our standard Pilsner.

We try to answer your questions...

Is a pilsner a lager?

What does pilsner mean?

What is the difference between a pilsner and a lager?

Where did pilsner beer originate?

Speaking of beer Can beer make you feel at home? Probably.